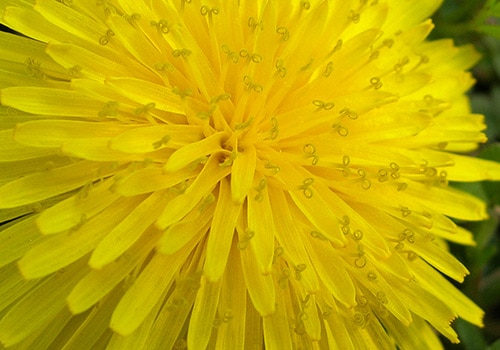 The Botanical of Lions 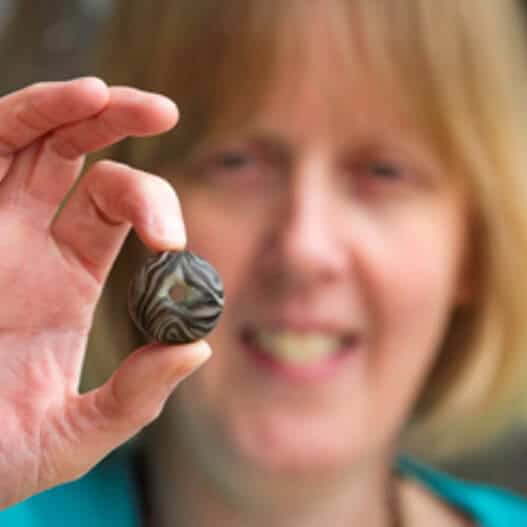 The dandelion hardly needs any introduction with its puff-ball seed-head or ‘clock’ and its brilliant yellow flowers. 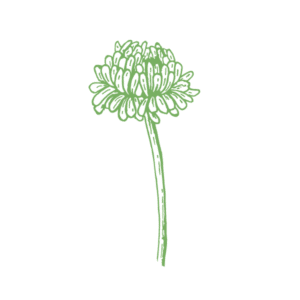 Taraxacum is a large genus of flowering plants in the family Asteraceae, which consists of species commonly known as dandelion. The genus is native to Eurasia and North America, but dandelions are commonplace worldwide. The common dandelion (Taraxacum officinale) was introduced to the UK from Europe. Today, many people class dandelions as being troublesome ‘weeds’ in their lawns, but this botanical has many uses in herbal medicine, the production of food and drink and it is a good early source of nectar and pollen for insects.

The English name dandelion is a corruption of the French dent de lion which translates as ‘lion’s tooth’. This is because the serrated edges of the jagged dandelion leaf resemble lion’s teeth. In France, the dandelion is also known as pissenlit, literally meaning ‘wet the bed’, paying tribute to the strong diuretic properties of this botanical! The Latin name Taraxacum originates in Medieval Islamic medical texts from Persia. In the 9th century AD, Abū Bakr Muhammad ibn Zakariyyā al-Rāzī, a Persian polymath known as ‘a doctor’s doctor’ wrote that Tarashaquq was a medicinal botanical like Cichorium intybus, another herbaceous plant of the dandelion family, more commonly known, as chicory.

The dandelion is thought to have evolved around thirty million years ago in Eurasia. Fossilised seeds of Taraxacum have 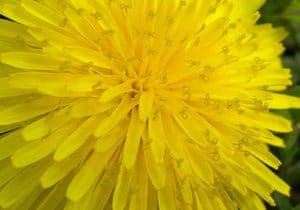 been found in Southern Russia dating from the geological period known as the Pliocene Epoch, which extends from circa 5.333 million to 2.58 million years before present day. The archaeological evidence indicates that the dandelion has been used as a source of food and as an herb throughout human history. The botanical was well known to the Ancient Egyptians, Greeks and Romans, whilst dandelion has been used in traditional Chinese medicine for over a thousand years. The dandelion probably arrived in North America on the Mayflower, which sailed from Plymouth in 1620. This botanical arrived in the New World not as a stowaway in animal fodder or crops but taken on purpose by the Pilgrims for its medicinal benefits. In herbal medicine dandelion is used to treat a wide range of complaints including anaemia, broken bones, diabetes, heart and respiratory problems, toothache and tuberculosis.

Dandelion is edible in its entirety and contains vitamins A, B, C, D and K, calcium, iron, manganese, potassium and zinc. This botanical is surprisingly good for you as the leaf contains double the amount of vitamin A per 100 grams than spinach! Dandelion leaves are nice sautéed together in a frying pan with onions and/or pancetta. They can also be stirred together through pasta with ricotta cheese. Dandelion root chopped into small pieces, roasted in the oven and then ground into a powder makes a caffeine-free alternative to coffee or tea. Roast and ground dandelion root can also be used to flavour ice cream giving it a kind of liquorice-coffee flavour. The botanical can also be ground and mixed with other spices to create an aromatic meat rub. 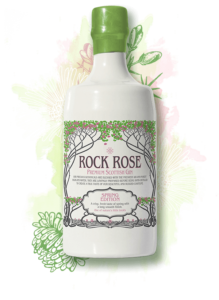 Lime in the Coconut

A delightful easy to make cocktail making the most of a fine dandelion!...